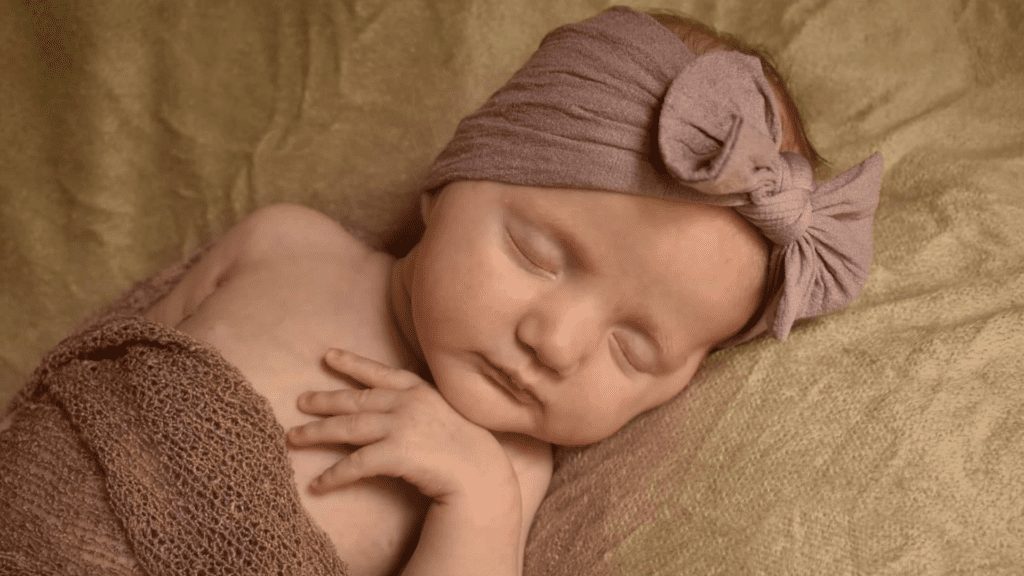 Shauna's Story: Walking in Tune with Her Body

Walking in Tune with Her Body

Shauna’s story tells about her experience with severe Polyhydramnios caused by a rare bowel obstruction in her baby. Shauna was very in tune with her body and knew things weren’t right so she pushed for the care she needed. She wants other poly mamas to know you’re not alone, to listen to your bodies, and advocate for yourselves when something seems off. Shauna did, and now she has a wonderful story to share with us, and a beautifully perfect little girl to hold in her arms.

I am a registered nurse, a wife, and a mom to two beautiful little girls. Unfortunately, my last and final pregnancy didn’t go as planned. I found out we were expecting in November 2019. For the most part everything was progressing normally with the exception of my rapid weight gain. My first pregnancy, I gained 1 pound in 9 months. I was 12 weeks in with this one, and up 10 lbs. I attended regular prenatal visits and even had my 20 week fetal scan with no abnormal findings, but I WAS HUGE! I did have gestational diabetes with both my pregnancies, both diet controlled and my blood sugars were within normal range…  So I just thought this pregnancy was different than my first, because of course it would be impossible to have two perfect pregnancies in a row!

Week after week, at my prenatal visits the baby was measuring about 2 weeks ahead, then 3, and so on. We had a follow up anomaly scan at 24 weeks. I was absolutely miserable. I was short of breath regularly, my feet were the size of baseballs, every joint in my body hurt, and the weight kept increasing, but everything was going great. The scan came back negative!

Flash forward to about 30 weeks. I had another routine prenatal visit and I told my doctor that something was NOT right with me or the baby. I just had a bad feeling about everything. So my OB ordered another ultrasound and that’s when I was diagnosed with polyhydramnios. My AFI was 26 at this point.

Over the next few weeks I became so uncomfortable it was almost debilitating. I couldn’t walk more than 20 feet before I was gasping for my breath. My abdomen was stretched so far that my stretch marks were literally ripping. My skin burned. I could barely move at all without being in excruciating pain… but I did. (I actually worked up until the day before my induction.) I also gained about 2 pounds a week for the remainder of my pregnancy.

At 37 weeks to the day, we were referred to an MFM specialist in Cleveland, OH for a high risk ultrasound. It was at that ultrasound that we found out our daughter had a very rare bowel obstruction. We finally had an answer. By this point my AFI had increased to a dangerous 47 cm. Following that appointment, within a 20 minute span, we were not only informed that our DD had a rare bowel obstruction, but she would more than likely be born with downs and other possible genetic anomalies, and she would need a major abdominal surgery at one day old. The outcome from this appointment: to deliver in the next 24 hours for her safety and mine. I was literally whisked away in a wheel chair, with my husband by my side and we headed off to L&D following that consultation. This was not our hospital, these were not my doctors, we were almost 2 hours from home, this was NOT THE PLAN!

The next 12 hours were a whirlwind of emotions through the labor and delivery process… Covid testing, not having an available anesthesiologist for an epidural when I needed one, being told that I would be rushed to have an emergency c-section on more than one occasion because her heart rate dropped dangerously low, to having my contractions stopped. In the end, we went on to have a successful vaginal delivery and our 6 lb 8 oz baby girl was absolutely PERFECT! Even despite her bowel obstruction which was a bit more complicated than her surgeons had anticipated, because her pancreas was actually wrapped around her stomach. She had what was known as Annular Pancreas and thats what caused her duodenal atresia (bowel obstruction) and also my Polyhydramnios. Long story short, after 26 agonizing days in the NICU, we were able to bring our beautiful girl home of July 15th, 2020!

So for those of you out there diagnosed with Polyhydramnios, whether it is severe or not, pay attention to your body, speak up and advocate for yourself. Fortunately, not all poly cases are as severe as mine, but, had I gone on any longer with this pregnancy we may have lost our beautiful girl, and I may have not been here to tell you my story.

*God bless all of you wonderful mamas and mamas to be going through this. I wish you all nothing bt the best throughout your pregnancies’, and know that you are not alone! As rare as Polyhydramnios may be… there is someone who’s been there, someone who’s walked in your shoes, and there is a light at the end of the tunnel!

Shauna Doesn't have any Updates Yet

But keep checking back!