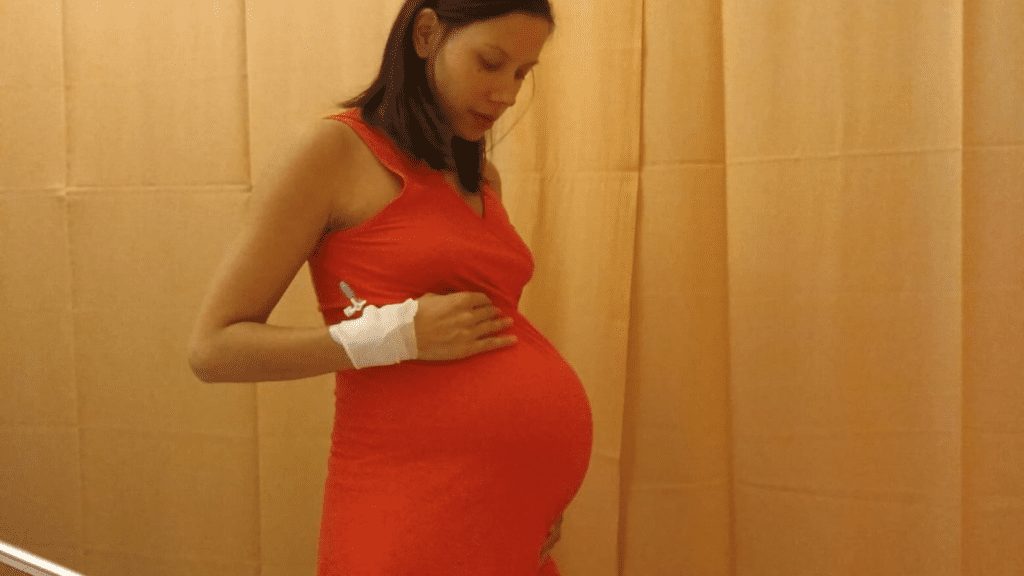 Anne's Story: The Power of a Mother's Love 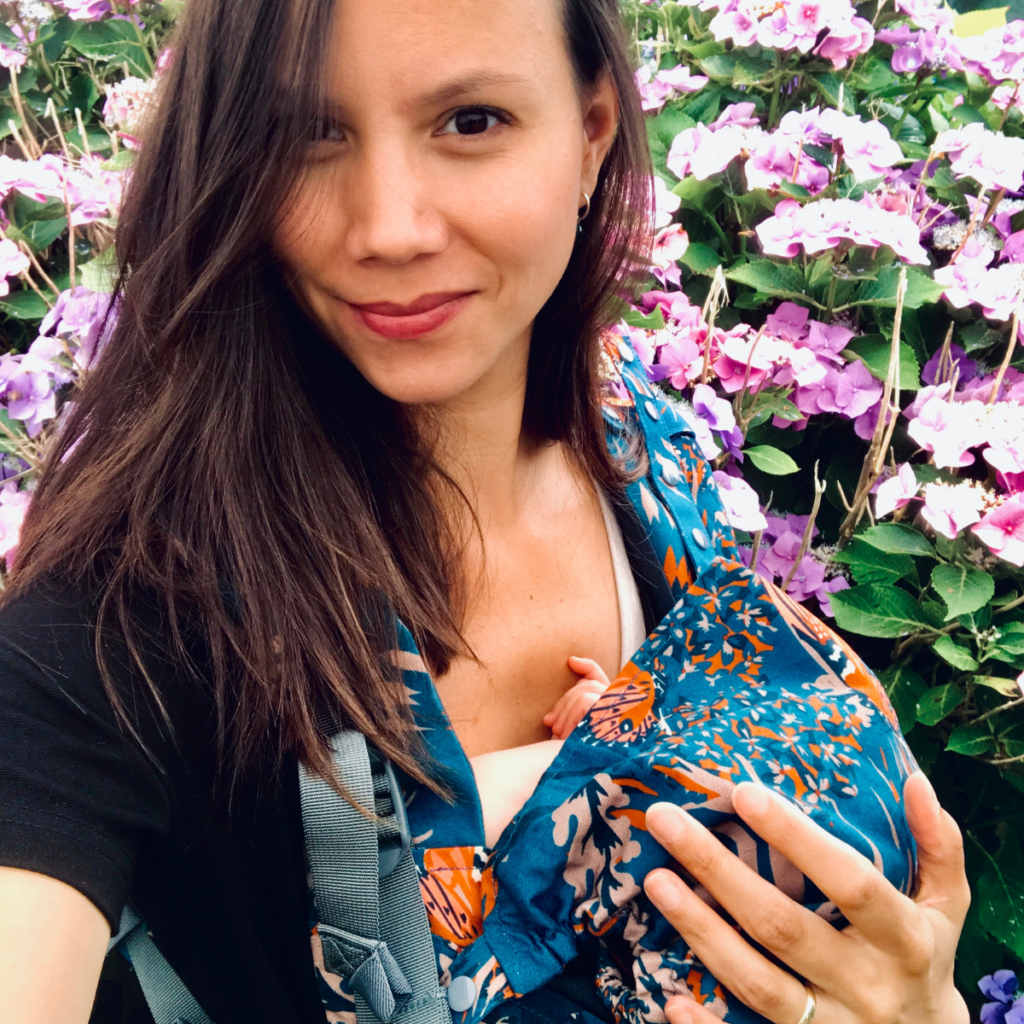 The Power of a Mother's Love

Anne has been a huge part of the journey to Know Polyhydramnios. It was her friendship, experience, knowledge of the subject, and jump-start on research that inspired me to go further, dig deeper, and push for change. Her story is truly inspiring. She herself was a preemie poly baby and has been through two incredible but very severe poly pregnancies. Her drive to understand what was going on and to protect her babies led to the discovery that helped save her secondborn. The love in this story runs deep. I hope you enjoy reading it!

After a severe -but supposedly idiopathic- polyhydramnios pregnancy in 2015, we finally took the leap and decided to try and give our son a sibling. I had physically and mentally prepared myself for a long time; got in shape, took the vitamins, had bloodwork done, and booked a preconception consult with a maternal-fetal medicine specialist. At age 35 I thought it would take a while, but to my surprise, I got pregnant within a few cycles and was over the moon. That feeling faded fast when Hyperemesis Gravidarum (extreme nausea and vomiting) started at 6 weeks and left me weakened and bedridden well into the second trimester. After the HG finally cleared up I was so ready for the ‘pregnancy glow’ to kick in but instead I was diagnosed, again, with severe polyhydramnios at the 20-week ultrasound. This was going to be another rough ride…

Our first son was born at 33 ½ weeks after over 10 weeks of hospital bed rest, five amnioreductions (where excess amniotic fluid is suctioned out via a needle), many tests, and daily medication, all to stall preterm labor. He was delivered via emergency c-section due to a partial placental abruption and hemorrhage.

I was terrified that I wouldn’t be so lucky this time around and that either my baby or I wasn’t going to make it. I felt so guilty towards my son for putting myself at risk with this pregnancy. I had days where I thought; “What were you thinking??!!”

When my AFI climbed from moderate to severe and my uterus showed signs of preterm labor at 24 weeks (the viability threshold in my country), my husband and I  were faced with impossible questions about active treatment vs. comfort care, needing to make a decision about our unborn baby’s future based on survival rates and disability statistics, in just a few hours.

And there was also still the question: What caused my amniotic fluid to keep increasing so much when, apparently, nothing was wrong with my children or myself, besides being preterm babies? (I too was born preterm at 27+4 in 1984).

I decided to do my own research as all the tests in my first pregnancy never revealed what caused my amniotic fluid levels to keep rising and this couldn’t be a coincidence. After reviewing the most likely possible causes that were initially ruled out, I found we were possibly dealing with a newly (2016) discovered type of Bartter’s Syndrome, so I asked for a pediatrician/neonatologist and a geneticist to be involved. Sure enough, a rare gene mutation that is linked to Transient Antenatal Bartter’s Syndrome was found in my and both my sons’ DNA. This condition can be very serious as it causes (extreme) premature birth in most cases, and due to the early onset at around 20 weeks, many babies do not make it to viability. Luckily the syndrome is transient and spontaneously resolves after birth and the prognosis is good for babies that are born closer to term. So the challenge was, yet again, to prolong my pregnancy as far as possible.

With medication, modified bed rest, weekly ultrasounds, carefully timed amnioreductions, and being admitted for the last 3 weeks of my pregnancy, we were able to get to 37 weeks and 5 days! Because of the risks involved with so much extra fluid, a baby over the 95th percentile, and a history of placental abruption and c-section, the doctors and I decided a repeat c- section was the safest option. We were proved right as my son decided to flip transverse in the last week and never actually engaged; he was just using the swimming pool he had while he still could! I was insanely nervous before and during the surgery and unfortunately suffered a PPH (postpartum hemorrhage) due to uterine atony, but because my doctors knew this was likely to happen it was managed immediately. My son was delivered safely and had a perfect APGAR score within 5 minutes. He had his first feed while still in theatre. It was an incredibly special and proud moment for me to have something so natural happen after such a medicalized pregnancy and delivery. He had to stay in the Neonatal High Care Unit for observation; Bartter’s syndrome causes babies to urinate excessively and lose too many fluids which can cause dangerous imbalances in electrolytes, so they had to monitor him and compensate for the loss through IV fluids. After a few days, he was stable and regulating his fluid intake and output well, and we got to take him home at 5 days old. We had a follow-up with a pediatric nephrologist at three months who checked his kidneys which are functioning as they should. The geneticist is currently still trying to work out the mechanisms behind our specific mutation in relation to Bartter’s syndrome. It’s a very new and complex issue so we might not get an official diagnosis until more data is available, which might take years of research in addition to testing as we are probably the first and only documented case in our country.

I now have two healthy sons after two severe poly pregnancies, but it really was a team effort; my doctors at the RadboudUMC (in The Netherlands) did a great job by really involving us in every decision and taking my concerns and my research seriously. We also really appreciated their family-friendly approach where they were considerate of our family situation in their decision-making. They were prepared for all possible complications and I was offered specialized pre and postnatal care to deal with the mental and emotional challenges of going through a high-risk pregnancy.

Aside from the medical team, I couldn’t have stayed pregnant this long without my husband and our family taking care of our oldest for the entire duration of the pregnancy and early postpartum. Not being able to take care of my son so that I could bring his baby brother safely into the world was the hardest thing I’ve ever done. Of course, seeing how they love each other now makes it all worth it. I still have a way to go to full recovery after having been on bed rest for almost 9 months and having my body accommodate a big baby plus liters of excess amniotic fluid which resulted in diastasis recti, abdominal hernias, and a very weak core.

The advice I want to give other moms diagnosed with (severe) polyhydramnios is to do your own research. The reason I say this is because poly is rare, severe poly even more so, and the genetic conditions associated are often not on your doctor’s radar, simply because many doctors have never been confronted with the condition before. Also know that “idiopathic” means that the cause is unknown, which can mean it’s just “one of those things” but it can also mean some rare underlying syndrome that not many people know about, like in our case. Trust your instincts and your body and advocate for yourself and your baby. While it is the doctors’ job to do their job well; as parents ultimately we are the ones who are most invested and responsible. This doesn’t mean we should second guess our doctors’ diagnoses or stress ourselves out trying to get to the bottom of things, but it’s unrealistic to expect our doctors to know everything as their time to do in-depth research about every possible rare syndrome is limited.

Listen to your body. I almost lost my firstborn by ignoring the pain and the feeling something was off only to end up in the hospital fighting for his life. With my second I knew what was going on and did what was necessary.

Last but not least, I have the other moms in the poly support Facebook group to thank for keeping me sane; having a place to share experiences and find moral support from all corners of the world definitely helps to get through a time that is supposed to be happy and special but instead is riddled with fear, physical discomfort, and uncertainties about your baby’s health. This is one of the reasons I wanted to be part of the Know Polyhydramnios Advisory Committee; Social media can be a powerful tool in supporting each other as well as connecting patients and professionals to optimize healthcare for the best outcome.

With a rare complication like polyhydramnios there is very valuable support and information available in the online support groups, so don’t hesitate to reach out!

But she will keep us updated from time to time with how her poly babies are doing, so make sure to check back soon.